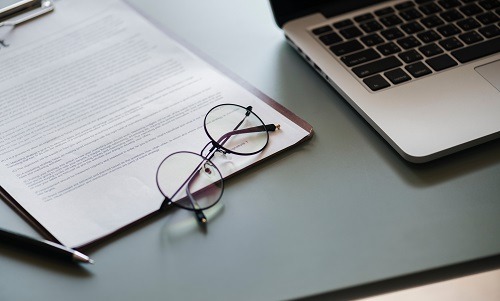 My name is Derek Casey and I’m a 36 year old GP Principal at Cappoquin Health Centre in County Waterford. I graduated from the South East Training Scheme in July 2020. I decided around half way through final year on the Scheme that I wanted to work for myself and take on my own GMS list if possible.

My background was the Graduate Entry Medical pathway to general practice. As is the case with a lot of my “GEM” colleagues, Medicine and General Practice wasn’t my first rodeo. My UCD medical class had people with backgrounds in everything as diverse as law, accountancy, engineering, pharmacy, social work, nursing and teaching.

My previous life was in Agriculture and Engineering. I worked with the Farmers Journal newspaper for five years as their machinery editor. While I enjoyed it, at the ripe old age of 26 I decided on a big change. The chance to study Medicine came and I went for it. I ploughed my savings from my first job into the hefty Med School fees and borrowed the rest. While I wasn’t a model student, forking out €100k to study graduate entry medicine tends to sharpen one’s mind.

I applied for the four-year GP Training Scheme half way through my Intern Year. I was delighted to be accepted onto the South East scheme, which rightfully has a great reputation for teaching. Around halfway through final year on the GP Scheme, I decided that, if the chance came, I wanted to take on my own list and be my own boss. I know going out on your own or taking on a list off the scheme is an unusual route, but it is certainly possible now with easier access to lists. I also think our training of four years gives us plenty of experience for the job in most aspects (perhaps with the exception, in my view, of detailed practice management skills).

Deciding on a Path

I didn’t jump into the decision to go out on my own. I listened to everyone’s advice before deciding. I had some generous offers to work for other practices but in the end, something was telling me to try being my own boss. I’m sure a few thought (and still think) I was mad, but those close to me gave me great encouragement.

I spoke with lots of other GPs who had recently started out by themselves or had taken on lists. The same message kept coming back: go for it; you won’t regret it; the job satisfaction is brilliant; not enough of us are doing it; I should have done it sooner; being your own boss is great.

I interviewed for a modestly sized rural GMS list on a freezing day in late December 2019 when I was six months from finishing the scheme. There was another candidate for the list interviewing after me. I was very nervous. It struck me that this was my first job interview since applying for the GP scheme around four years earlier.

At the start of the interview one of the three panelists flicked through my CV and then, looking out over his glasses with one eyebrow raised, asked if a trainee was allowed to apply for a list whilst still on the Scheme? I told him that yes, we are so long as the trainee is within 180 days of finishing a recognised GP training scheme as per GMS post application rules. The interview went well from there. I was offered the post a week later and accepted it.

Then the Pandemic happened.

“Just my luck to be starting out in a once in a 100-year event”, I thought. The closer I got to starting the job in August 2020, the more nervous I became. I was having second thoughts. Maybe those people were right. Was I mad? What if it didn’t work? Surely it couldn’t work in a Pandemic?!

I took a few weeks off in July to rest after finishing the Scheme, but in reality I was planning all the time and organising interviews (this time I was the one looking at CVs) to hire a nurse and two secretaries for the practice. I had made the decision to start from scratch with new staff. I kept one eye on COVID-19 and how it could impact the business, but I knew from my last few months as a GP Reg that General Practice was proving resilient.

Getting Started in Practice

I felt my nerves would settle as soon as I started working, and that is exactly what happened. I’m four months in now and while it is still early days, things are going better than expected. Without doubt the most awkward parts of running a practice are the non-medical aspects: hiring staff, getting an Accountant, sorting out tax status, setting up a pension (another reason to take on a list), becoming self-employed, paying bills, doing the post, working your way through the paperwork that comes with signing a GMS contract, and generally setting up the practice in your own style. I would like to see the ICGP address these aspects in more detail in the next few years and make it part of core teaching from early on in the Scheme.

That’s my story so far. Yes, taking on a list is more work, gives more responsibility, and does leave you pretty tired at the end of the week. But it’s also very doable and hugely rewarding and I find it easy to be motivated when you are self-employed. I find I never mind going to work, and that in itself is a result.

The Joy of General Practice - Blog by Dr Margaret O’Riordan →
This website uses cookies to improve your experience. We'll assume you're ok with this, but you can opt-out if you wish. Read MoreCookie settingsACCEPT

This website uses cookies to improve your experience while you navigate through the website. Out of these cookies, the cookies that are categorized as necessary are stored on your browser as they are essential for the working of basic functionalities of the website. We also use third-party cookies that help us analyze and understand how you use this website. These cookies will be stored in your browser only with your consent. You also have the option to opt-out of these cookies. But opting out of some of these cookies may have an effect on your browsing experience.
Necessary Always Enabled
Necessary cookies are absolutely essential for the website to function properly. This category only includes cookies that ensures basic functionalities and security features of the website. These cookies do not store any personal information.
Non-necessary
Any cookies that may not be particularly necessary for the website to function and is used specifically to collect user personal data via analytics, ads, other embedded contents are termed as non-necessary cookies. It is mandatory to procure user consent prior to running these cookies on your website.
SAVE & ACCEPT